When the second Middle East edition of Comic Con hit Dubai last weekend, pop culture fans from all over the Middle East converged on the region’s biggest geekfest to show off their costumes and hunt for collectibles. Naturally, we couldn’t stay away!

One thing that makes Comic Con really exciting for us is that the event isn’t just for fans, it also provides a platform for artists and brings together the UAE’s creative community, especially designers and illustrators, in a section called Artists’ Alley. Like last year, David Macedo and Liz Ramos Prado set up stalls to present some of their illustrations and character designs. 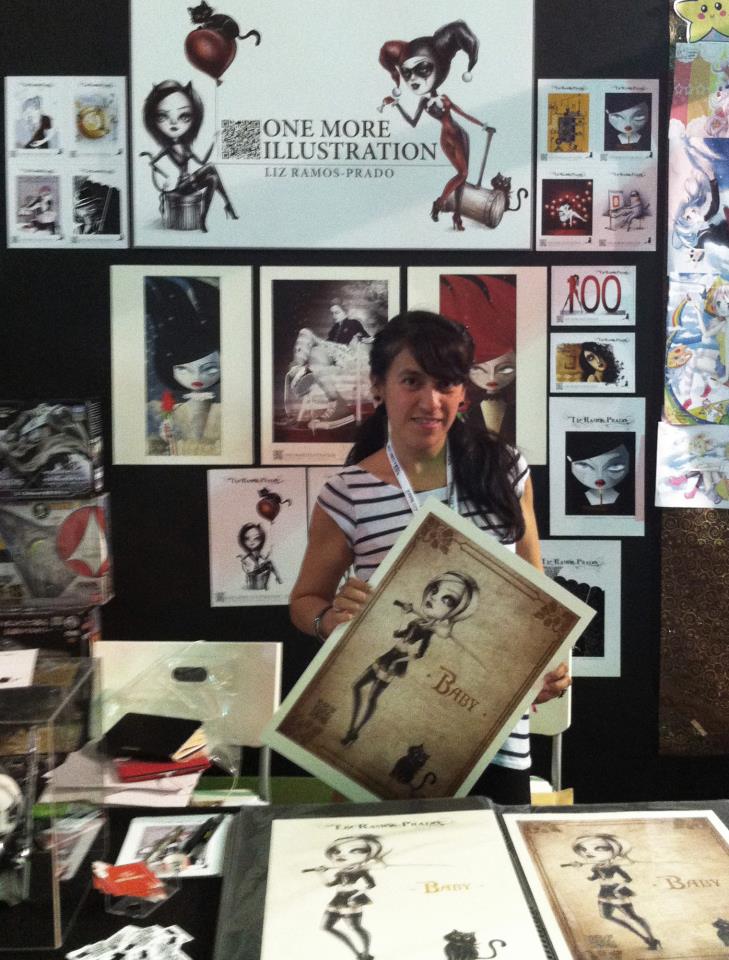 Liz Ramos Prado at her stall in the Artists’ Alley of the Middle East Comic Con 2013. 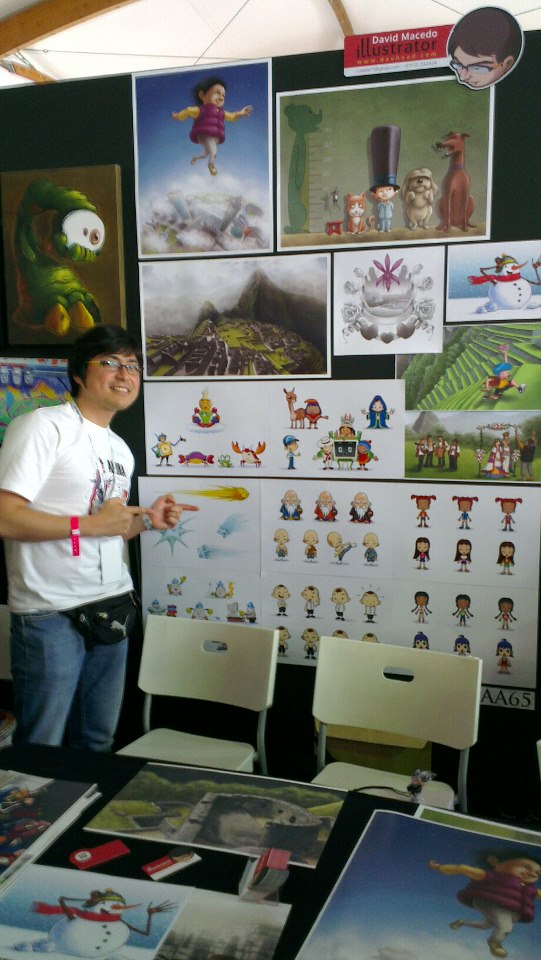 David Macedo presented a 360-degree panorama of illustrations and character designs at Comic Con 2013 in Dubai.

Comic Con always hosts dozens of sub-events and workshops. For us, the MEGA toy auction was the most hotly anticipated one, as it featured toys created by our own Fantastic Four: David, Liz, William Navarro and German Fernandez. The auction was the culmination of Project: MEGA, which began earlier this year, when the organisers invited UAE-based artists to design customised versions of the Emirati-designed MEGA-figurine. The creative community loved the idea, resulting in an incredible range of more than 100 characters, ranging from the cute to the positively deranged, many complete with accessories and backdrops. The potential of making MEGA-bucks at auction obviously added to the excitement.

The group of MEGAs selected for the Comic Con auction included this miniature version of Boba Fett, created by William, who only reluctantly agreed to sell ‘Fetty’ to the highest bidder: 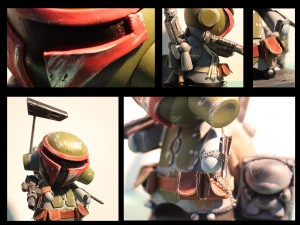 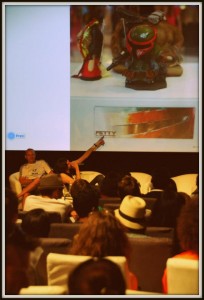 A Boba Fett MEGA-toy, designed by William Navarro, is auctioned off at the Middle East Film and Comic Con, Dubai, 2013.

Liz came up with this wicked MEGA-version of Hayley Quinn, a villainous little creature, which was a hit with visiting fans: 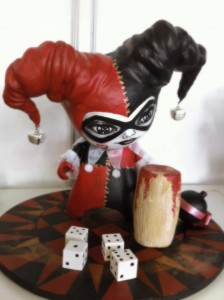 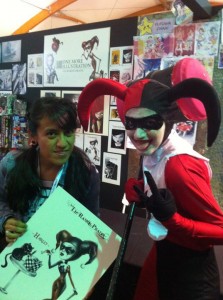 And now, for the good guys: David’s MEGA was based on action legend Bruce Lee and packed quite a punch: 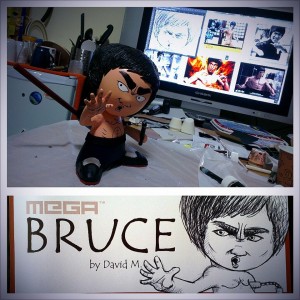 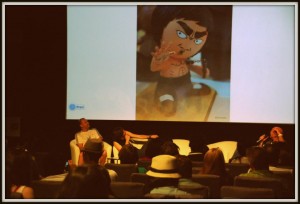 German’s rendition of Superman, on the other hand, was more geared towards cuddling than combat: 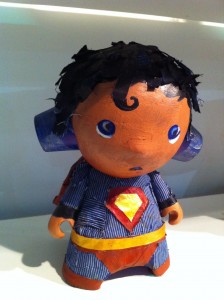 This MEGA-cute Superman toy designed by German Fernandez also went under the hammer at Comic Con 2013.

It was hectic, it was fun, it was exhausting. Dramatically capped off with a Tatooine-style sandstorm, this year’s Comic Con was a joy to visit and well worth participating in. David sums it up nicely:

“Overall I can say this Comic Con was better than the past one. I’m glad they are improving on the organisation of the event, so I’m sure the next edition will be even better than this one. Apart from the opportunity to show my work, the event also gave me the chance to get to know really nice and talented people, artists that I can now call friends. I’m already looking forward to the next one!”
That’s the spirit. We’ll see you at the next Comic Con!